Celebrated Classics
SWAN LAKE: A production “so rousing and so affecting that it is no wonder at every performance many people stand and cheer.” (The New York Times)
June 24 – 29

WHIPPED CREAM: A “candyland triumph” (New York Times) in which sweets come to life.
May 24 – 29

Traveling with your Family Over the Summer Holidays?
Take advantage of our special offers!

Every summer, the Public Theater produces a beloved NYC democratic tradition and one of the best free things to do in NYC: Shakespeare in the Park, presented at the open-air Delacorte Theater in Central Park. There’s nothing quite like hearing the Bard’s immortal words performed outside in New York, with a backdrop of natural splendor and the Belvedere Castle looming in the background like the world’s most impressive set decoration. But Shakespeare in the Park’s popularity means that tickets aren’t easy to come by. Only the most perseverant will be able to secure seats. Here’s our guide to navigating the system.

What is Shakespeare in the Park?

Created by the late Joseph Papp in 1962, the Public Theater‘s series offers free, large-scale productions of works by William Shakespeare (as well as the occasional musical or non-Shakespearean drama). The productions often feature some of the most talented actors of our day. Past casts have included including Meryl Streep, Kevin Kline, Al Pacino, Blythe Danner, Philip Seymour Hoffman, George C. Scott and Denzel Washington.

What is being performed this season?

Much Ado About Nothing is playing May 21 through June 23, 2019, in a production directed by Kenny Leon. Coriolanus is playing July 16 through August 11, 2019, directed by Daniel Sullivan. In addition to these official Shakespeare in the Park offerings, the Public’s civic-minded Public Works wing is mounting a stage version of the Disney animated musical Hercules from August 31 through September 8, 2019.

When is Shakespeare in the Park?

Shakespeare in the Park runs from May 21 through August 11, 2019. With few exceptions, performances are Tuesday through Sunday at 8pm.

How do I get there?

The easiest way to get to the Delacorte Theater in Central Park is to enter at 81st Street and Central Park West. Take the B or C train to 81st St-Museum of Natural History.

When should I go?

If possible, shoot for the first week of performances—seats are always in greater supply early in the run of a show, before reviews and word of mouth have pushed up demand for tickets. Another good way to increase your odds, paradoxically, is to attend on days when bad weather is predicted. The Public hates canceling Shakespeare in the Park, so the show will go on even if it is drizzling; often, performances will take breaks if it gets too rainy, then resume when the downpour subsides. Open umbrellas are not allowed during performances, so be sure to bring a poncho. (Tickets for rained-out shows are not exchangeable.)

How can I get tickets?

Check out our handy instructions on how to get free tickets to Shakespeare in the Park.

Are there other productions of Shakespeare in New York parks?

Indeed there are, all over the city. For details, check out our guide to free outdoor theater in the summer. 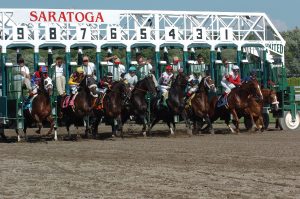 Located between New York's Capital and the Adirondack Mountains, the "Spa City" annually… 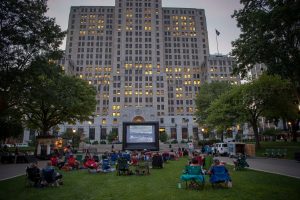 Let's Celebrate Summer with an extended Weekend in the state's Capitol City! 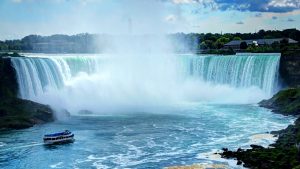 With one of the largest and most famous skylines, including the Empire State Building,… 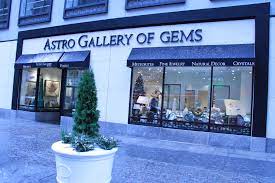 See flora from around the world at this unique 25-acre park just outside of Albany.

When you stay at the Baltic Hotel in Brooklyn, you can experience views of Manhattan plus…