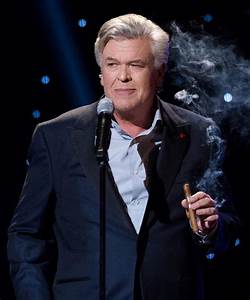 July 15-16/BILOXI – Two shows at the Beau Rivage Theatre, one at 7 p.m. and other at 10 p.m. Though Ron White is best known as one of the Blue Collar Comedy stars, and there’s no doubt that he’s a man of the people, there’s something cool and classy about his persona. Constantly sipping from a whiskey glass and dangling a cigarette from his fingers, he comes across as the kind of cutup you’d find hanging back at a bar watching and wisecracking about the folks getting soused around him. Of course, all the while he’s just as loaded as any of them — as amply explained in some of his most widely beloved bits — but he manages to maintain his laid-back attitude enough to get you laughing at everybody else’s antics instead of his. White revels in the everyday absurdities we all face from the minute we wake, and he finds a way to make them all insanely funny, whether he’s tossing off a gut-busting one-liner or tucking into a long, gut-busting anecdote. Tickets are on Ticketmaster.