In his award-winning book, Santa Claus Worldwide: A History of St. Nicholas and Other Holiday Gift-Bringers, researcher and author Tom Jerman sets the record straight on America’s version of Santa Claus and treats readers to a comprehensive history of the world’s midwinter gift-givers, showcasing the extreme diversity in their depictions as well as the many traits and functions these characters share.

Jerman began collecting Santa Claus figurines in the 1980s as a hobby, and the sheer variety of Santa Claus incarnations he encountered fueled his curiosity. His extensive knowledge of jolly old St. Nick revealed itself in a big way when what was meant to be a brief introductory chapter in his manuscript on collecting figurines grew to more than 250 pages

“Santa is whoever you think he is,” Jerman said in an interview. “You can envision him any way you want to envision him; there are no constrictions on who can be Santa Claus.” 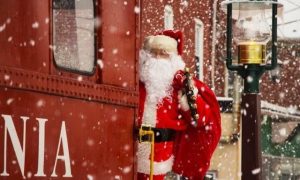 “Santa indisputably exists as the symbol of Christmas, and Christmas represents our most noble virtues,” Jerman says. “Symbols are real, and they can be very powerful.” 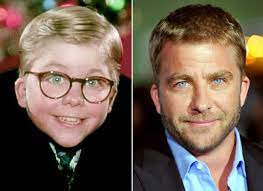 Actor Peter Billingsley is playing Ralphie roughly 40 years after he first burst onto the screen playing the nervous, quirky kid, and this time around he’s playing a desperate father trying to make the holidays as fun as possible for his family. Tthe HBO Max exclusive film is arriving to the streamer with a bang. A Christmas Story Christmas is one of the most highly anticipated Christmas films of the year. Based on Jean Shepherd’s semi-autobiographical book, In God We Trust: All Others Pay Cash, the original 1983 film tells the story of the dysfunctional Parker family around Christmastime during the 1940s in Indiana. Split up into various vignettes that find them in various conundrums, leading the charge is 9-year-old Ralphie, and his adult self serves as the narrator.

In the new movie, A Christmas Story Christmas, Ralphie is still sporting glasses and a nervous grin, Ralphie is packing up and heading home in the wake of his father’s passing just days before Christmas.

Following a Facebook premiere on Wednesday, November 2, the new video is now available on all platforms (Watch Here).

Directed by Shaun Silva, who recently directed Carrie and Jason Aldean’s music video for their multi-week #1 smash hit duet, “If I Didn’t Love You,” and filmed on location at Nashville’s Wildhorse Saloon, “Hate My Heart” follows Carrie and a group of her girlfriends who are all approaching break-ups in different ways.  Whether drowning themselves in rom-coms, diving into dating apps, taking a deep dive into online shopping, taking out their frustration and aggressions in the gym, or getting revenge, Carrie and her girl posse are united in a mission to move past their heartbreak to indulge in a wild and crazy girls’ night out.  In the video, Carrie rides a mechanical bull and crowd surfs as she and her friends see their own alter-egos in the all-female band onstage.

Carrie co-wrote “Hate My Heart” with frequent collaborators Hillary Lindsey and David Garcia, as well as hit artist/songwriter Hardy. It is the latest single from Carrie’s current album Denim & Rhinestones, which was released in June and is the latest collaboration with Garcia, with whom she also co-produced her critically-acclaimed 2018 release, Cry Pretty and her 2021 GRAMMY® Award-winning album of gospel hymns, My Savior. Listen to “Hate My Heart” now.

Tour Dates: Tickets can be found at https://www.carrieunderwoodofficial.com/tour/ 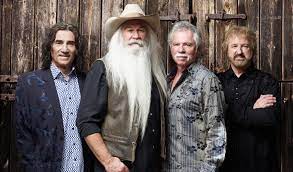 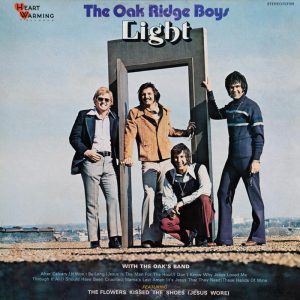 “That album was the apex of The Oak Ridge Boys’ career in Gospel music,” said Oak Ridge Boys member Duane Allen. “I had always dreamed of recording an album that used our stage band in the studio,” Allen said. “For the Light album, we rehearsed all the way across Canada and down into California and then secured a side rehearsal room in Whitney Studio in (Glendale, California). We rehearsed in that studio and then went on to record a monumental album with our band, along with the addition of a rhythm guitarist and percussionist.”
The Light album included gospel songs, “I Don’t Know Why Jesus Loved Me” and “Mama’s Last Amen” and liner notes written by country music legend Johnny Cash.

For the complete listing of tour dates, visit oakridgeboys.com/tour. 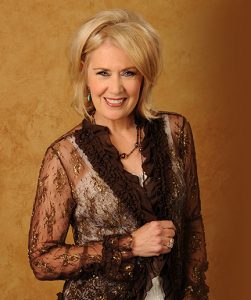 Raised on a farm in Indiana, Janie Fricke began singing in church and later turned that talent into a career that began as one of the marketing industry’s most successful jingle singers. Long before her success as a country artist, millions of people became familiar with Fricke’s voice through ads for United Airlines, Coca-Cola, 7-Up, McDonald’s, and Red Lobster. She soon became a session singer where she was singing background in the studio with some of the biggest country stars of the late 70s and early ’80s, including Loretta Lynn, Eddie Rabbitt, Crystal Gayle, Ronnie Milsap, Barbara Mandrell, and Mel Tillis. After a string of duets with such greats as Merle Haggard and Moe Bandy, Fricke landed a solo recording contract in the early ’80s and scored several hit singles, including “Don’t Worry ‘Bout Me Baby,” “He’s a Heartache” and “You’re Heart’s Not In It.” She won CMA’s coveted “Female Vocalist of the Year” in 1982 and ’83 and has been nominated for three Grammy Awards. She has been credited with over 1,600 album projects and scored 36 hit singles.