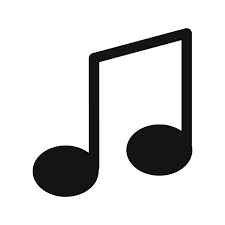 Aug. 19-21/MCHENRY – At Petersen Park bringing its signature live music, array of craft beers and delicious barbecue. The McHenry Area Rotary’s biggest fundraising event of the year, the fest will open at 4:30 p.m. Friday with perennial favorite John Todd and his band taking the stage at 5 p.m. At 8 p.m., it’s on to Jimmy Nick’s adrenaline-fueling style and sounds. On Saturday, gates open at 3:30 p.m. Up first will be Delmark recording artists Sharon Lewis & Texas Fire. After enjoying her contemporary, soulful sounds, attendees will greet the Led Zeppelin tribute band Kashmir followed by Hot Rocks, whose members will perform the Rolling Stones’ most blues-influenced numbers and more. On Sunday, gates open at noon and music starts at 1 p.m. with Delta Rising. At 3 p.m., Chicago Blues Hall of Famer Mike Wheeler and his band take the stage. Cost is $10 per day in advance or $20 for all 3 days. You can get at https://mrbbb.com/tickets.