A New England state known for its significant Colonial history. In Boston, the Freedom Trail is a walking route of sites related to the American Revolution, including the Bunker Hill Monument, commemorating the war’s first major battle in 1775. Many would guess that Massachusetts is called “the Bay State” because it’s a coastal state and there are a lot of bays; however, it’s not that simple. The Bay City applied to the early settlements of the Plymouth Colony in the years 1620-1628, before the Massachusetts Bay Colony was established. The company that was granted a British Royal Charter to populate the new colonies was called The Massachusetts Bay Company.  The Bay Company governed the colonies, now known as New England, from 1629-1684. 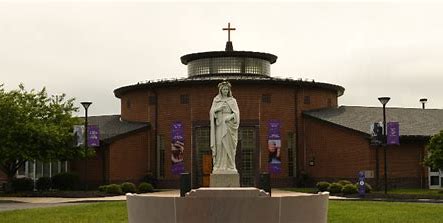 In keeping with our extended weekend theme of historical stories behind the story, the Holy Cross Family Ministries, a family of ministries that strengthens families and helps families pray together hopes that their new destination will inspire, educate and inform families across the country. The first of its kind museum showcases immersive, interactive, inspiring and unique exhibits to share the power of family prayer. The Museum of Family Prayer: A Contemporary Experience of Father Peyton’s Ongoing Ministry in North Easton, Mass will offer visitors and guests and those on pilgrimages’, lively, interactive experience and exhibits to touch, listen, watch, reflect and pray. The museum is open Wednesdays through Sundays, from 10 a.m. to 4 p.m. and admission is free and continues the work of Venerable Patrick Peyton’s mission of encouraging families to pray daily, particularly the Rosary. 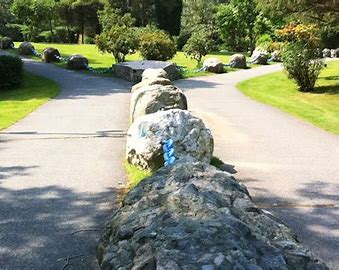 Father Peyton, a candidate for sainthood was known as the “Rosary Priest,” would continually remind families worldwide that “The family that prays together stays together.”  Father Peyton’s ministry is still strong and vibrant and after more than 70 years, continues to support families in 17 countries. The museum is a showcase of his vision, work and of course the power of prayer. >MORE

Tennessee Williams Weekend Sept 22-25/PROVINCETOWN – The 17th season of this festival features a lineup of plays written by Tennessee Williams. Entitled “Tutti Frutti Tennessee Williams,” which translated to all the flavors of Williams, it’s the first all-Williams festival since 2006, ranging from the 1930s to the 1980s. They range from his Broadway hits like “Cat on a Hot Tin …

Go on a Boston Foodie Tour Stroll, Sample, Savor with Boston’s Tastiest Food Tour Boston Foodie Tours was founded by Audrey Giannattasio, a native Bostonian and a Cambridge School of Culinary Arts certificate holder who wanted to bring the best of her food tour experiences to Boston. Boston Foodie Tours distinguishes itself from other local food tours by focusing on “award-winning …

Kathy Gaul March 9/LEOMINSTER – A full-day workshop, at the Leominster City Hall from 9-4. Learn the dimensional techniques for creating “Cape Cod Beauties”, a trio of dimensional hydrangea blooms.  Class kit features all hand dyed wools for the blooms and leaves*, plus the pattern, pre-printed freezer paper (with all the pattern pieces!), all the hand dyed threads and the hand painted …