Would you like to take a trip back in time to late 19th and early 20th century Alabama? You don’t need a time machine. Just take a trip to Old Alabama Town in Montgomery

It’s more than a museum. It’s traveling back in time through 50 authentically restored structures with “residents and workers” doing the everyday tasks of that time along six blocks of downtown Montgomery. The “Town” is divided into three sections; a Living Section, a Working Section, and Along the Street. 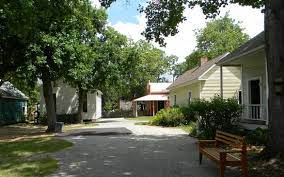 Three blocks of the town is a working block that shows how potteries, blacksmiths, even musicians plied their trade There is the Oliver Cotton Gin dating back to 1900. On most days, re-enactors are there showing off their town. A blacksmith was the backbone of every community then. They were even more important than modern mechanics, as they not only kept the wagons rolling but also made things needed for everyday life, like axes, tools, household utensils, and nails. Daniel Webster Boatwright originally opened this shop in Fleahop in Elmore County in 1893 and it remained in operation by his family until the 1940s.
There’s a gristmill, old pharmacy, print shop, and many more buildings. Travel back to when these were an everyday part of peoples’ lives. 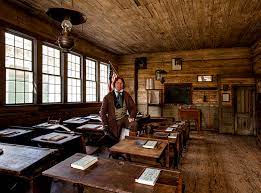 Visit the living block where people of the time go about their everyday lives. Visit classrooms where students leaned the latest reading, writing, and arithmetic. This was not too different from today in appearance but decades away in technology. Here are desks with inkwells and slates, not computers and tablets.
You can visit Lucas Tavern. Taverns then were not the bars we think of today. They provided food and shelter, as well as drinks. Lucas Tavern is the oldest of the buildings, built before 1818. It was originally a two-room dogtrot when the Lucases bought it. They added two additional rooms and enclosed the dogtrot. The added rooms gave them a dining room with access to the outside kitchen. The tavern was moved here from the Old Federal Road about 15 miles east of Montgomery. Then the Federal Road was the major connection between Washington D.C. and New Orleans. Taverns like this were located about every 15 miles, which was an average day’s walk. Its claim to historical fame came when the Marquis de LaFayette stayed here on April 25, 1825, en route to Montgomery. 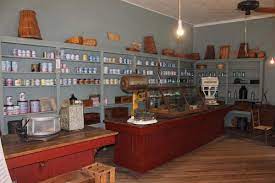 The corner grocery store was part of everyday life before the coming of chains. This one dates to 1892 when it began life as Daniel O’Leary’s Grocery and Saloon son morphing into just a grocery store.

Churches were more than a place of worship then. They were a meeting and socializing place. They built this one around 1885. It was the First Colored Presbyterian Church of Montgomery.

Every town needed a doctor. Dr. Thomas David Duncan built this doctor’s office in 1938 in his parents’ backyard and operated out of it all his life. Doctors served as dentists and sometimes veterinarians then. They got paid in eggs, poultry, or however their patients could pay them. In those unenlightened days, if you were sick you got treated whether you had money or insurance. Doctors weren’t part of huge corporations then charging over $400 a visit.

Ever wish you could go back to a more peaceful time? 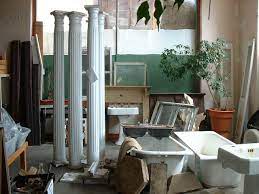 Along the Street Section is where old buildings are recycled and are in use today. Many of the homes are now bed and breakfasts. But some are put to other uses. You can visit Shaffer Garden filled with native plantings that show what a 19th century central Alabama garden might have looked like.
One building is almost a circling back to the original premise of Old Alabama Town. Rescued Relics are located in the 1920s Wilbanks 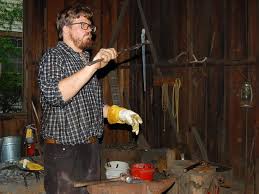 Warehouse that once serviced those newfangled horseless carriages. Today, it’s a not-for-profit salvage business that raises money to restore and maintain the historic structures at Old Alabama Town. It sells historic architectural elements and materials from pre-1960s buildings that are being razed and sells them to people wishing to incorporate antique elements into their projects around Montgomery and the central Alabama region. As the old song goes, let the circle be unbroken. 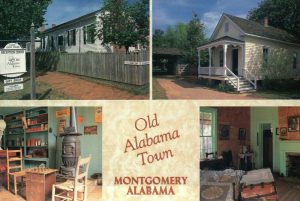 Would you like to take a trip back in time to late 19th and early 20th century Alabama? You…