For those dreaming of the ultimate California getaway – palm trees, pristine beaches, sunny skies, and a cool vibe – can find it all right here. This quintessential California beach destination embodies the best of the Golden State in one easy and safe stop. Varied landscapes, innovative cuisine, diverse cultures, and iconic attractions can all be found without spending weeks exploring the state.

From laid-back surfing culture and desert wildflowers to award-winning wine and memorable landmarks, when travelers envision the picture-perfect California escape, they are thinking of San Diego. 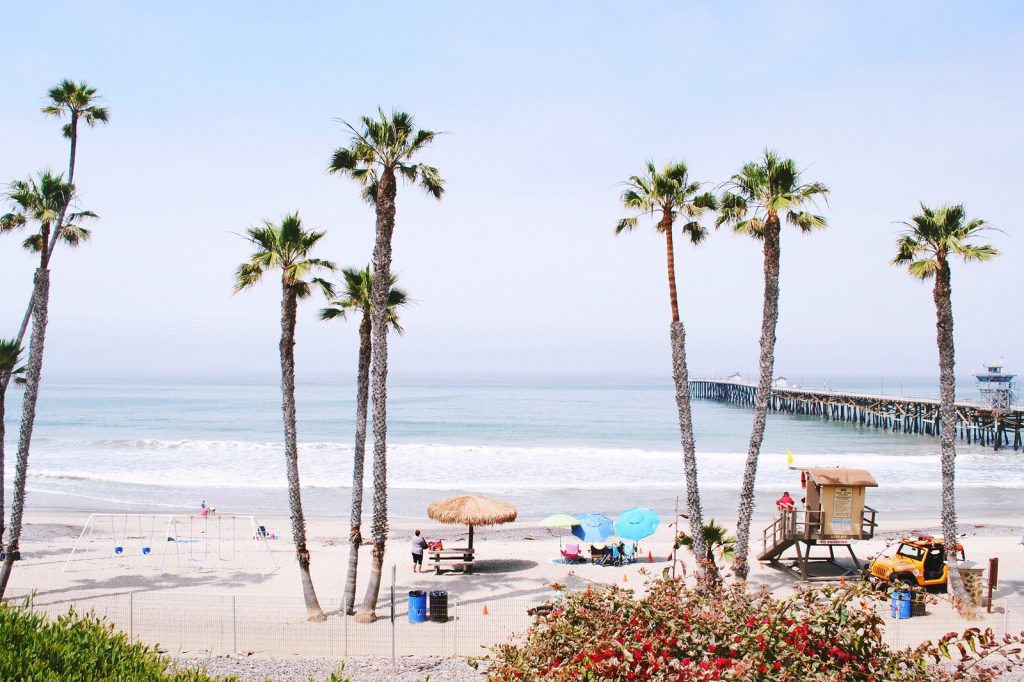 Like the state at large, San Diego’s beaches are varied in both appearance and vibe. The epitome of SoCal cool, Mission Beach is where locals enjoy sunbathing, playing volleyball, or dipping in the ocean. Its long boardwalk is where skateboarders, runners, and bikers hang out. Belmont Park, Mission Beach’s classic beachside amusement park, is popular with families for its vintage arcades, ice cream shops, and the Giant Dipper, a historic wooden roller coaster. Twenty minutes away in the upscale community of La Jolla, kayakers and paddle boarders can be seen rowing alongside dramatic coastal bluffs and sea caves. The bluffs also serve as the perfect launchpad for paragliders who dare to soar above the Pacific Ocean. But there’s one thing San Diegans love most and that is catching waves. Surfing is a San Diego lifestyle; visitors will find surfing camps, surf shops, surfboard rentals, post-surf grub spots, and the California Surf Museum.

Mountains, Deserts, and Everything in Between 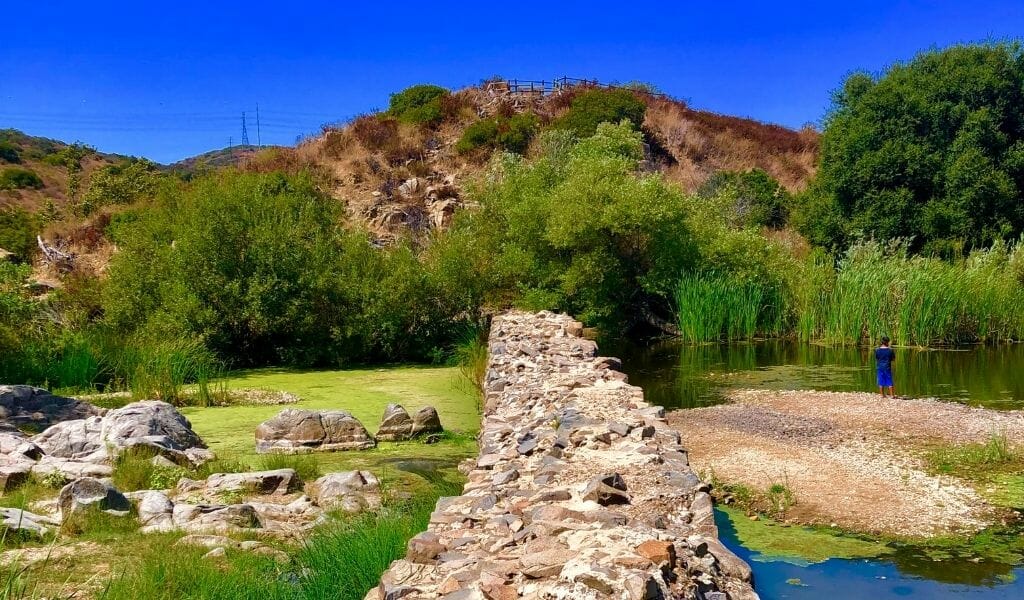 San Diego’s striking mountains, parks, and canyons provide endless options for outdoor exploration. Hikers head east to Mission Trails Regional Park, the largest urban open space park west of the Mississippi. Here, Cowles Mountain’s 1,593-foot summit rewards climbers with spectacular views of San Diego. Further east, intrepid rock climbers “hang” at Mt. Woodson where bouldering has been a thing since the 1950s. Round granite boulders and cracks make this area unique for soloing, top rope, and lead climbs. Two hours from downtown San Diego, the mountains disappear and give way to a different landscape. The Anza-Borrego Desert State Park is the largest state park in California. Its rugged landscape is home to vast canyons, starry nights, and springtime wildflowers. A vast and stunning canyon area called Font’s Point has even come to be known as California’s Grand Canyon.
Diversity Celebrated
California is known for its diversity, and San Diego is no different. Just outside of downtown, Barrio Logan tells the story of San Diego’s Mexican-American history and resiliency through art galleries, unique shops, and local cuisine. Chicano Park, the heart of the neighborhood, is home to more than 80 Chicano murals depicting the struggles and voices of this community. Just a short drive from downtown, Kearney Mesa is home to the Convoy District, an Asian culinary hub with Chinese, Korean, Japanese, Vietnamese, and Thai restaurants mingling in close proximity. Inclusivity is celebrated in Hillcrest, the LGBTQ+ center of San Diego, popular among locals for its lively nightlife scene. Record shops, vintage clothing, décor stores, and Pride-inspired public artworks make this one of the city’s most dynamic neighborhoods.
California Cuisine, and Then Some 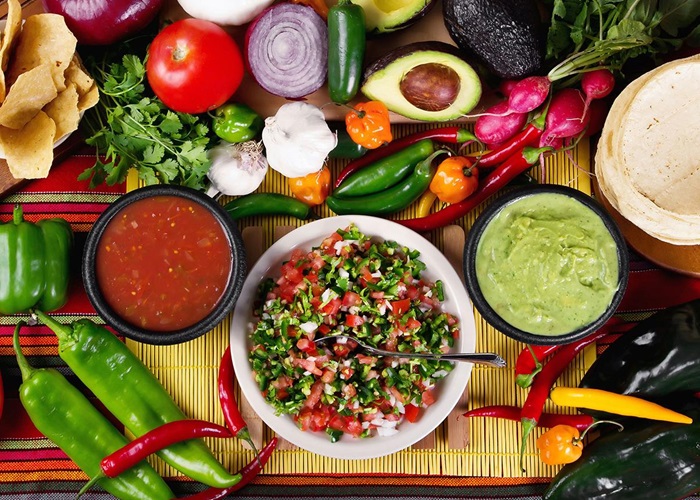 Boasting more than 5,700 farms, San Diego is an agricultural mecca growing an abundance of fresh produce to be enjoyed throughout the year. With nearly perfect weather, rich agricultural resources, and the Pacific Ocean nearby, local and international transfer chefs have the perfect ingredients to craft creative farm-to-table and sea-to-table dishes. However, proximity to Mexico is probably the most important influence in San Diego’s culinary scene. From traditional fish tacos to polished Cali-Baja dishes, some of the best Mexican cuisine in the United States can be savored here. One of San Diego’s best-kept secrets is its wine, with a legacy dating back to 1774 with the establishment of Mission San Diego de Alcala. The county is home to more than 100 beautiful wineries and vineyards producing award-winning varieties like Viogniers, Chardonnays, Sangioveses, Sauvignon Blancs, and rosés. San Diegans are also passionate about their beer. With more than 150 breweries and devotion to West Coast IPAs, it is no surprise San Diego is the craft beer capital of America. And beer is not the only thing locals are crafting. Notable vodka, gin, whiskey, and rum distilleries have recently boomed throughout the city.
Iconic Attractions and Sights 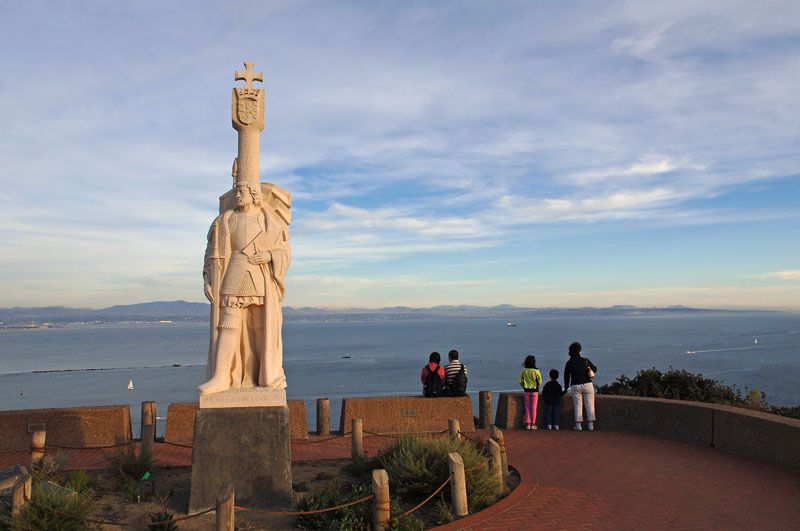 Picture-perfect landmarks, historic monuments, and fun attractions abound in San Diego. In 1542, explorer Juan Rodriguez Cabrillo landed on the coast of San Diego, becoming the first European to set foot in present-day California. Today, visitors can learn about this voyage at Cabrillo National Monument, a National Park and California Historic Landmark, while gazing at gorgeous bay views. San Diego is also home to world-class attractions, including SeaWorld San Diego, LEGOLAND California and the famous San Diego Zoo. Of course, a visit to San Diego can’t be completed without crossing the Coronado Bridge. This iconic landmark links downtown with Coronado Island, an idyllic coastal town known for the Hotel del Coronado, itself a visual icon.

Happiness is calling you back to San Diego. For more information on San Diego’s offerings, including exciting vacation packages and valuable coupons for attractions, restaurants, and more, visit the San Diego Tourism Authority’s website at www.sandiego.org. For safe, healthy travel while in our destination, we encourage you to follow the guidance of our Safe Traveler Pledge.

For those dreaming of the ultimate California getaway – palm trees, pristine beaches,…