It’s the peak of Gray Whale migration and there is no better place to see these majestic creatures from shore or by boat than in Monterey. Several species of whales and thousands of dolphins are easier to spot in Monterey, especially at Point Piños and Monterey Bay due to a very deep canyon just two miles off the Monterey coastline which causes a narrow concentration of whales that prefer to swim along the safer, shallow inland shelf. 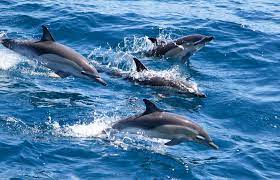 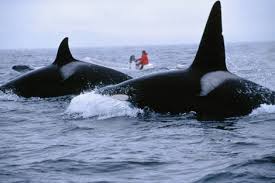 Monterey whale trips do not require 25 miles of cruising to locate the extended procession of migrating and traveling whales and dolphins as at other Pacific coast locations. Very soon after launching, Monterey’s sea captains bring visitors up-close to reveal these magical ocean creatures and educate guests on the behaviors and patterns of the whales and dolphins. To take understanding to a level deeper, citizen scientists can help the seafaring experts at Monterey Bay Whale Watch collect data about number of whales they see, water temperature, location, behavior and weather conditions. All this critical information is sent to Cascadia Research Center.
“Seeing these animals in the wild can provide a much better experience and understanding of these amazing creatures in their natural habitat,” said Nancy Black, Marine Biologist and owner of Monterey Bay Whale Watch. “Plus, our whale watching trips offer many opportunities for sightings of whales and dolphins that are less expensive than other options.”
The Great Gray Whale Migration begins with pregnant mothers leaving the Bering Strait in October for their breeding grounds in Baja, Mexico. They are followed by the general population and then juvenile whales who all head south for the warmer, safer waters of three Mexican lagoons: St. Ignacio, Magdalena and Ojo de Liebre (also known as Scammons). By the third week of January vast numbers of whales can be seen heading south. While daily sightings are highly probable they cannot be guaranteed as these are wild animals.
Around mid-February the whales can be seen heading north again and continue to travel until April when the mothers return with their calves. The pairs must cross over the cavernous canyon where killer whales lie in wait and often attack the calves. National Geographic, BBC and other international film crews flock to Monterey to film this exciting wildlife footage. Mothers can save their young if they can head to shallow waters and the chase is something spectacular to see. It’s no fluke that people migrate to Monterey, the Whale Watching Capital of the World™, where you can see a virtual moving mural of the circle of life.
For more information on year-round whale watching and tours in Monterey County, please visit SeeMonterey.com. 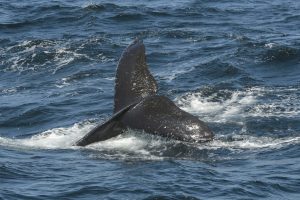