Little Rock, Arkansas sits on the banks of the Arkansas River in Pulaski County, located in the center of the state. And with a population of nearly 200,000 people, it’s the largest city in Arkansas and definitely the place to find a good time at a great value. The hub of Little Rock is the bustling River Market District  featuring restaurants, shops, bars, nightlife, museums and hotels as well as the area’s main library. 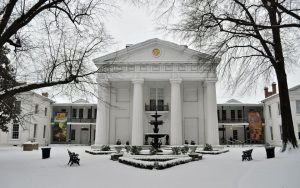