Southwest Alaska: is an adventure-lover's playground. Few places in the world compare with the outdoor, wildlife and cultural opportunities of Alaska’s Southwest.

World-class bear viewing, fishing and backpacking abound, and travelers can enrich themselves in the deep cultural roots and World War II sites as they experience a part of Alaska for those drawn to adventure.

For a travel experience that is about as far off the road system as possible, look no further than Southwest Alaska. 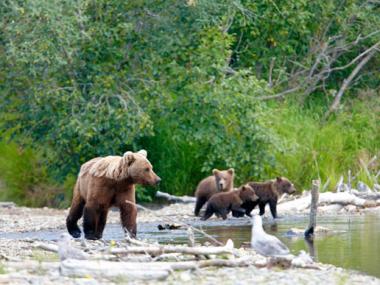 Alaska, northwest of Canada, is the largest and most sparsely populated U.S. state. It’s known for its diverse terrain of open spaces, mountains and forests, with abundant wildlife and many small towns. Alaska holds the title for having the largest national park, the highest peak, and the longest coastline. Massive Denali National Park is home to Denali (formerly called Mount McKinley), North America’s highest peak. It also is known for the longest day and night. On June 21, Anchorage gets 22 hours of functional daylight. But the midnight sun still hangs in the sky a long time even after sundown, the sun merely dips under the horizon. Alaska’s outdoor activities include skiing, mountain biking, and kayaking. An extended weekend getaway is definitely needed to experience even a fraction of the opportunities in this state. Where else can you trek across a glacier, fly over the wilderness in a bush plane, watch a massive brown bear snag salmon from a waterfall, and explore millions of acres of parklands?
Fairbanks delineates the Aurora Season as August 21 through April 21, when the sky is dark enough to afford visitors the opportunity to chase the aurora. Fairbanks’ location is superlative for northern lights viewing because it is under the “Auroral Oval,” a ring-shaped zone where aurora activity is concentrated. Additionally, Fairbanks’ low precipitation, distance from coastal areas and minimal population all contribute to consistently clear nights and low light pollutio/n. All combined, these variables make the region an outstanding destination for aurora viewing. Conversely, the Midnight Sun Season runs from April 22 through Aug. 20. The midnight sun shines brightly for the whole summer with the most sunlight occurring between May 17 and July 27 when Fairbanks experiences 70 straight days of light. Winter Season is central to life in Fairbanks and the region can guarantee a snowy winter landscape from mid-October through late March. >Visit Fairbanks

Visit a lodge older than the state of Alaska

Visitors to the Last Frontier with a naturalist streak will be able to visit an adventure lodge that is even older than Alaska. Gwin’s Lodge, located in Cooper Landing, first opened in January 1952. Alaska didn’t become a state until January 1959 and 2019 will mark 60 years since statehood. Gwin’s Lodge is also the oldest surviving roadside lodge on the Kenai Peninsula, a place known for outdoor adventures.
The lodge is well known as a fishing destination but it is also a great jumping off point for other activities in the area. The lodge has a concierge on-site who can help a guest experience activities like whitewater rafting, hiking, horseback riding, day cruises in Kenai Fjords National Park, a trip to Denali National Park and Preserve and more. Gwin’s has 17 cabins and chalets available for guests interested in all of the activities on Alaska’s Kenai so that visitors can play in a place known as  >Alaska’s Playground 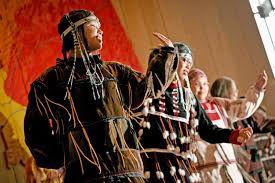 Spring Home Show April 23-24/WASILLA – 1-8 p.m. at the Curtis D. Menard Memorial Sports Center. See, learn about and buy the latest home products and services under one roof. Hundreds of local companies and countless experts will be on hand to answer questions, share ideas and provide inspiration to help you with all of your home and garden projects …