Visiting Alabama’s Civil Rights District, where some of America’s most painful events took place, is a powerful and emotional experience you should not miss.

Nicknamed “The Magic City,” Birmingham is Alabama’s largest municipality. Rich in history, it is known for its industrial past and for its role in the Civil Rights Movement. Today, Birmingham is an eclectic center for the arts, entertainment, dining and shopping. In addition to the noted Civil Rights District, it is home to a number of other world-class attractions, including the Birmingham Museum of Art, Barber Motorsports Park, the Alabama Sports Hall of Fame and the Alys Stephens Center. Birmingham is centrally located and is within a two-hour drive of Atlanta, Montgomery and Huntsville. 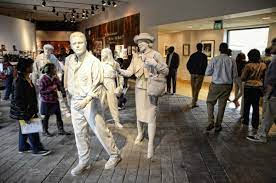 Begin your tour at the focal point of Birmingham’s Civil Rights District, the Birmingham Civil Rights Institute. Richly detailed exhibits in the institute reveal slices of black and white life from the late 1800s to the present. A series of galleries tells the stories of daily life for African-Americans in Alabama and the nation, and how it differed dramatically from the lives white people of that era took for granted. Just across the street is Birmingham’s most famous civil rights landmark, the Sixteenth Street Baptist Church. Recently designated a National Historic Landmark, the church was the site of a dynamite bombing in 1963 that killed four young African-American girls: Denise McNair, Carole Robertson, Cynthia Wesley, and Addie Mae Collins. The church is generally open for tours by appointment.

Also within the district and well within walking distance from the park is the Alabama Jazz Hall of Fame. From the boogie-woogie beginnings of Clarence “Pinetop” Smith to the velvet crooning of Nat King Cole, legendary jazz greats with Alabama ties are celebrated here. The adjoining Carver Theatre, newly restored, was one of several in the area offering first-run movies to African-American audiences during the era of segregation. Grab lunch on the same block at Green Acres Café, serving up some of the best fried chicken or catfish and fried green tomatoes in town. 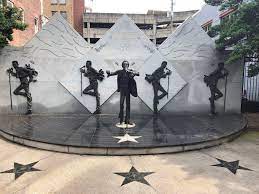 The Eddie Kendrick Memorial Park, just down the block, honors Birmingham native and Temptations lead singer Eddie Kendrick, who traveled the world but never forgot his Alabama roots. This memorial garden to singer Eddie Kendricks of the Temptations features a bronze sculpture of Kendricks by Tuskegee artist Ron McDowell, as well as sculptures of the other Temptations set into a granite wall. The singers’ cuffs each have a letter on them, together spelling “BHAM” from left to right. Inscribed on the granite are the names of the Temptations’ hit songs. The park uses Kendricks’ family name without the “s”, which was added early in his career.
Downtown Birmingham offers several places to rest after a long day touring the city. Check out The Westin which opened in 2013. It is adjacent to Uptown Birmingham, a premier entertainment district featuring restaurants, bars and the Birmingham-Jefferson Civic Complex. Right off the lobby is the renowned James Beard Award winner Todd English P.U.B. offering  a mix of traditional American comfort foods, an assortment of prime meats, creative delicacies, and a full Raw Bar. This upscale Public Urban Bar also offers a variety of premium draught beers, and specialty drinks, including the iconic Todd English P.U.B. “farm fresh” Bloody Mary
Cart. A perfect end to a perfect day in Birmingham. 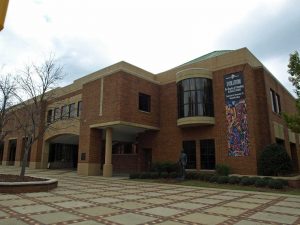 Visiting Alabama’s Civil Rights District, where some of America’s most painful events…