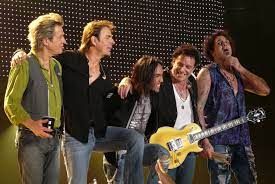 May 2/ROSEMONT – Freedom Tour with special guest Toto.  7:30 p.m. at Allstate Arena.  Tickets start at $65 and are available on ticketmaster. This San Francisco-born quintessential arena rock band assembled in 1973. Despite a rotating roster, the band has sold 47 million albums in the US, and is consistently named one of the ten best American rock bands in history. While the ’70s and ’80s provided them with the most commercial success, their current manifestation with Filipino singer Arnel Pineda has given them truly global breadth. Known for classics “Don’t Stop Believin” and “Open Arms.”