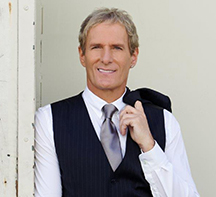 Aug. 27/FLORENCE – 7 p.m. at the Norton Auditorium with the Shoals Symphony Orchestra. Two-time Grammy award winner Michael Bolton joins the Shoals Symphony Orchestra at UNA to kick off the 40th Anniversary Season! Bolton has sold over 75 million albums worldwide and will perform his ‘Symphony of Hits’ that includes a Shoals staple, When a Man Loves a Woman.  Bolton originally performed in the hard rock and heavy metal genres from the mid-1970s to the mid-1980s, both on his early solo albums and those he recorded as the frontman of the band Blackjack. He became better known for his series of pop rock ballads, recorded after a stylistic change in the late 1980s.Tickets start at $40 and are available at https://ci.ovationtix.com/35901/pr/1123112/pe/11077012