Six Things to Do Before the Rhododendrons Bloom 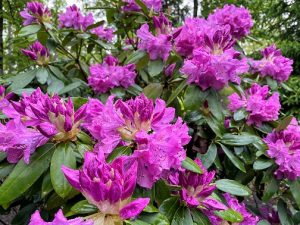 There’s still time for an extended winter weekend getaway to Southern West Virginia’s New River Gorge National Park and Preserve before the spring warmth thaws the frost lingering on the broad leaves of the region’s famous rhododendrons and mountain laurel.

The country’s newest national park, the New River Gorge is a four-season destination that is within a 500-mile drive of more than 60 percent of the U.S. population. Named a national park in December 2020, the park encompasses more than 70,000 acres of land along 53 miles of the New River from Bluestone Dam to Hawk’s Nest Lake. The rugged river flows northward through deep and spectacular canyons, and it is the deepest and longest river gorge in the Appalachian Mountains.

With far fewer visitors than during the summer, the winter months are a great time to explore the sprawling park and the charming towns that surround it.

Here are six things to do before the spring thaw: 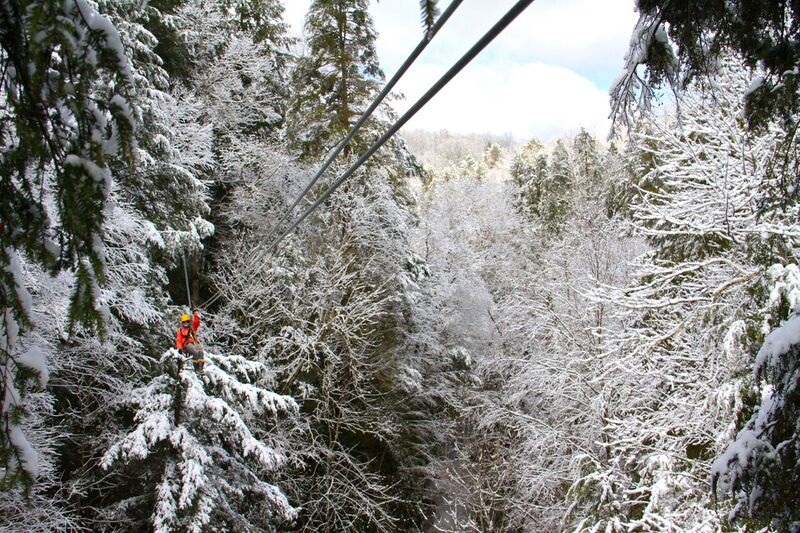 2. Zipline through an Eastern Hemlock forest. TreeTops Canopy Tour is a zipline course situated near the cabins. This guided year-round adventure is situated in a lush forest and features 10 ziplines from platform to platform, five sky bridges and a thrilling rappel back to the ground. 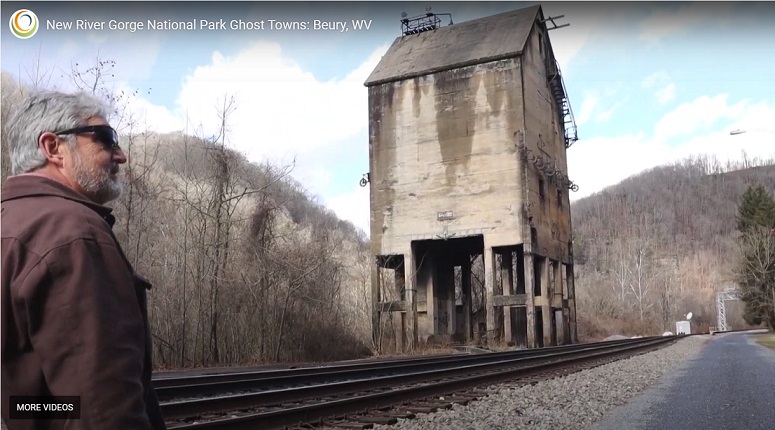 The New River Gorge has several great hikes, including through the ghost town of Beury.

3. Explore ghost towns. In this video, Adventures on the Gorge CEO Roger Wilson leads a walk between two New River Gorge ghost towns, Beury and Thurmond. Both were mining boomtowns created in the 1870s when Chesapeake and Ohio Railroad opened the rugged, coal-rich region to miners and developers. In Beury, hikers can still see remnants of the Beury General Store and explore the site where coal mining baron Joseph Beury built his 23-room mansion, complete with swimming pool, stables and greenhouse. The remarkably well-preserved town of Thurmond is more easily accessible, and casual hikers can still explore the town’s railroad depot and other buildings. Most of the dozens of ghost towns in the New River Gorge began to decline in the 1930s as the railroad switched from steam to diesel and Americans began increasingly traveling by car.

4. Winter hiking. There are seemingly endless winter hiking opportunities throughout the New River Gorge. Travelers can take a warm-up hike along the five-mile Wild Rock Trail, which begins at AOTG and winds through the forest and along the rim of the New River Gorge. Other favorite national park hikes include the Grandview Rim Trail, Long Point Trail and Canyon Rim Boardwalk.

5. Aerial workouts. TimberTrek Adventure Park at Adventures on the Gorge is an aerial obstacle course that offers fitness enthusiasts a fun and challenging workout adventure. Visitors advance to increasingly difficult courses with challenges such as rope ladders, ziplines and swinging bridges.