In 1607, immediately after the founding of Jamestown, the English sailed as far as possible upriver to an area made impassable by the rapids at the fall line of the James River. The site was the location of a native village that was ruled by a “werowance”, who was probably a relative of Powhatan.

Thirty years later a trading post was established and in 1645 the colony’s militia erected Fort Charles.
Colonel William Byrd II inherited land at this place on the James River and in 1737 he founded Richmond. He named his settlement after a town in England where the Thames River bends and it strongly resembled his city.
Richmond is an independent city because it is not part of any Virginia county and that independent spirit has been apparent since its earliest days. It has always been a place where new, forward-thinking and alternative ideas and institutions take root. @visitrichmond 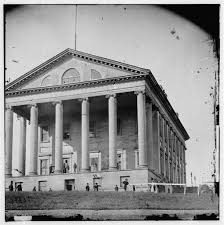 Early convergences of philosophies and ideals regarding the country’s direction occurred nationally throughout the 1800s with Richmond at its center. Richmond was chosen as the new capital of Virginia in 1780 because Williamsburg was considered too vulnerable to British attack. A colonial-style state capitol was erected 1785-88, designed by Thomas Jefferson and modeled after the 16 BC La Maison Carrée ancient Roman Temple in Nimes, France. Public tours grant access to the areas where Aaron Burr was tried for treason, Robert E. Lee accepted command of the VA forces and the Confederate Congress met. Created as the House of Burgesses in Jamestown in 1619, Virginia is considered to have the oldest continuous legislative body in this hemisphere.
The nearby White House of the Confederacy was the home and headquarters of Confederate President Jefferson Davis from 1861-65. The mansion was built in 1818 and in 1861 the city purchased the furnished house as a gift to Davis. He refused and the confederacy then rented the home for his use. Here he met with his generals and cabinet until April 2, 1865 when fear of approaching Union forces caused him to abandon it. Lincoln visited the home on April 3rd.
Davis’ staff consisted of a minimum of 20 slaves, several of which fled servitude while working there. The servants were both rented and owned. Mary Bowser, educated in the North, returned to VA to serve in the Confederate White House as part of a Union spy ring, She played the role of an uneducated black domestic and conveyed crucial information to her contact. Virtual and in-person tours are offered. 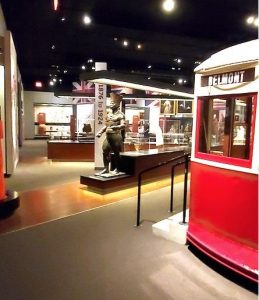 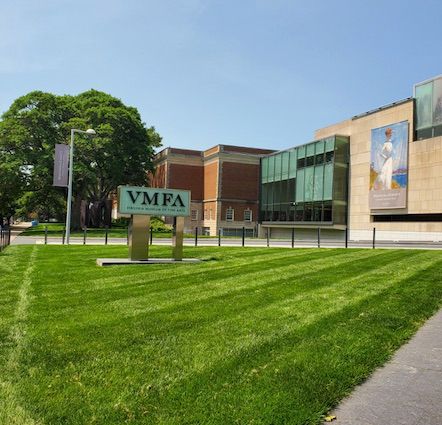 After an 18-month renovation the Virginia Museum of History and Culture reopened with 50% more exhibition space, 12 galleries, an outstanding 16-minute orientation film and exhibits that reflect the unique diversity that is Virginia. “Our Commonwealth”, the first exhibit, gives historical background and overview of the 5 major regions. “The Lost Cause” is a cutting-edge gallery that delves into the creation and endorsement of the ideology of the heroic and justified Confederate cause. Exhibits include artwork and artifacts that advanced this alternative history. The VMHC is phenomenal and not to be missed. #VMHC
America’s first state supported museum, as well as the country’s only museum open 365 days a year, is the Virginia Museum of Fine Art. The museum presents 6,000 years of world history through 50,000 works of art. It boasts one of the largest comprehensive collections and is one of top ten comprehensive art museums in the world. You can easily spend the day here starting with the outdoor sculpture garden and Kehinde Wiley’s “Rumors of War”. One of the premier exhibits showcases the largest collection of Fabergé artworks outside of Russia. The “Beyond the Label” audio tour is available to enhance your visit. #VMFA
Wickham House was built in 1812 for attorney John Wickham. The Federal-style mansion became home to the family and at least 20 enslaved Africans. Mann Valentine II purchased the estate in 1882 and it became his home and a showcase for his private historic artifact and artwork collections. In 1898 a museum was established, now Richmond’s oldest private museum, with funds and art left by Mann in his will. The facility is inclusive of the Wickham House and galleries all dedicated to preserving and explaining the history of Richmond. House tours give us a glimpse of 19th-century life. The renowned textile collection, 30,000 pieces, contains items made in Virginia.
A real gem here is the studio of Edward Valentine, a prominent sculptor most noted for his Recumbent Lee statue on Washington & Lee University campus. 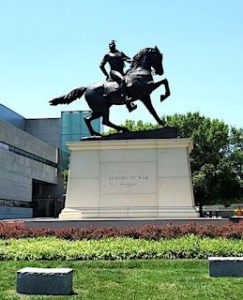 The studio is one of four extant 19th-century studios that offer tours. Edward Valentine’s statue of Jefferson Davis is on temporary display at the Valentine Museum. It was erected in 1907 on Monument Avenue and pulled down by protesters on June 10, 2020. It is now on display for at least 6 months while on loan from the Black History Museum & Cultural Center of Virginia (BHMVA). www.thevalentine.org
The riches of Richmond and the convergence of old and new are found throughout the city and across venues. The Richmond Beer Trail was inaugurated in April 2016 and features nearly 40 breweries. A map notes those that are pet friendly. Make five stops on the trail and earn specialty gear.
Hatch Local Food Hall showcases local restaurants. Tables inside and out and a play area make it family friendly. It is in the revitalized Manchester section of the city near the beginning of the Richmond Slave Trail. Ancarrow’s Landing was the slave ship docking port and from there the trail is 3-miles long. 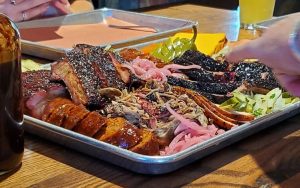 ZZQ is a mandatory stop for a tasteful convergence of slow-cooked barbeque and Texas food craftsmanship. Experience industrial chic décor and a casual atmosphere while enjoying barbeque and sides that will make lingering memories. It was named one of the 41 best BBQ restaurants in America. www.zzqrva.com
Dining and diversion meet in the unique and historic Hotel Greene. Guests dine in the restored lobby while waiting for their turn to play miniature golf throughout the rooms of the hotel. While golfing the team plays down corridors and in guestrooms encountering peepholes and other guests as they play through.
Richmond is the ideal destination be your interest in history or more contemporary sites. Lose yourself in Richmond and find yourself delighted. #VisitRichmondVa 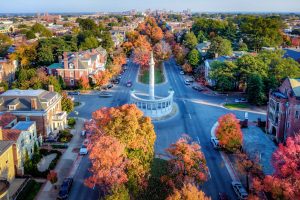 In 1607, immediately after the founding of Jamestown, the English sailed as far as possible…