Since Philadelphia is the birthplace of American Democracy, it’s a must-do presidential stop. In fact, Philadelphia is where George Washington and John Adams, the country’s first two presidents, lived and worked when they led the United States. Although the President’s House was demolished in 1832, an open-air monument and education center mark the site where the house once stood.

ooden steeple was the first home of the Liberty Bell, which now resides across the street. Visitors obtain free timed tickets for tours of Independence Hall at the Independence Visitor Center, located one block north at 6thand Market Streets. 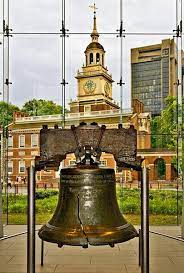 While visiting, stop by the home of the famous historic liberty bell for a selfie. The Liberty Bell was originally used to call the Pennsylvania Assembly to meetings. It was later adopted by abolitionists, suffragists and Civil Rights advocates, making it a symbol used by many today. The bell, which is free to visit year-round, draws people from around the nation to snag a photo in front of the soaring glass walls overlooking Independence Hall. 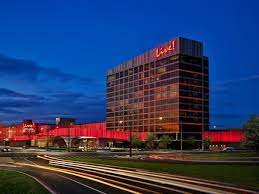 A brand-new, 1.5 million-square-foot hotel and casino opens in South Philadelphia in early 2021. Conveniently located within walking distance of Philly’s professional sports hubs — Lincoln Financial Field, Wells Fargo Center and Citizens Bank Park — Live! Casino & Hotel Philadelphia houses more than 200 upscale hotel rooms, plus slots, electronic and live table games, a sportsbook, and dining and entertainment venues.
And in the spring, the Philadelphia Museum of Art will debut the completion of its Frank Gehry-designed master plan — including 20,000 square feet of new gallery space, a soaring forum and so much more. In the fall, the newly renovated space will host a much-anticipated exhibition of works by Jasper Johns, which will occur alongside a complementary mirror exhibition of Johns’ work at the Whitney Museum of American Art in New York City.
First-time visitors will find walkable neighborhoods, acclaimed hotels, iconic attractions, green spaces galore and some of the best chefs and restaurants in the U.S, including Michael Solomonov of Zahav (winner of the James Beard Award for Outstanding Restaurant in 2019), Chutatip “Nok” Suntaranon of Kalaya Thai Kitchen (named best new restaurant in the U.S. by Esquire in 2020) and Omar Tate of Honeysuckle (named chef of the year by Esquire in 2020).
In May, Independence Mall welcomes its newest attraction: the Faith and Liberty Discovery Center. This $60 million, 40,000-square-foot immersive experience debuts on Independence Mall to explore the nation’s founding tenets shared in the U.S. Constitution, Declaration of Independence and the Bible. The space will include interactive galleries, a 3-D theater and an education center. Among the highlighted Americans: civil rights and Baptist leader Dr. Martin Luther King Jr., Catholic anti-war activist Dorothy Day and Quaker William Penn, founder of colonial Philadelphia. The Center will also direct visitors to explore the Faith and Liberty Heritage Trail, including some of the nation’s early religious institutions such as Mother Bethel African Methodist Episcopal Church, home to the denomination’s founding congregation, and Mikveh Israel, home to Philadelphia’s oldest Jewish congregation.
1 In June, the PHS Philadelphia Flower Show moves outdoors for the first time in its 192-year history. The nation’s longest-running horticultural event is making history. Themed “Habitat: Nature’s Masterpiece,” will use South Philadelphia’s expansive and lush FDR Park as the setting for its breathtaking displays by the world’s premier floral and landscape designers. As always, the annual gardening celebration will feature top-of-the-line horticulture and landscape design, demonstrations, entertainment, themed nights and a marketplace. 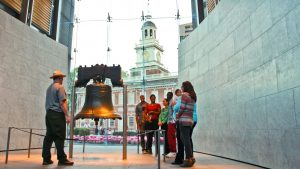 Since Philadelphia is the birthplace of American Democracy, it’s a must-do presidential…