What Winter will Bring to the Cornhusker State

LINCOLN – The Federal Highway Administration (FHWA) has announced that Nebraska’s Sandhills Journey Scenic Byway and Lincoln Highway Scenic and Historic Byway were awarded a National Scenic Byway Designation. The two byways are the first in Nebraska to receive such a designation. 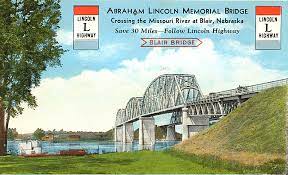 The Lincoln Highway Scenic and Historic Byway stretches 450 miles along Highway 30 across the entire state of Nebraska, border to border. The Lincoln Highway was America’s first transcontinental highway and followed closely the historic transportation route of the “Great Platte River Road” that began with early Native Americans, fur trappers and traders, westward migration routes, Pony Express and the Union Pacific Railroad.
The Sandhills Journey Scenic Byway runs 272 miles along Nebraska Highway 2 from Grand Island to Alliance.  This byway follows the gently rolling Nebraska Sandhills that are situated atop the Ogallala Aquifer, the nation’s largest under-ground water supply. World-class natural wonders are found along this rural route, including dark skies perfect for stargazing, the Nebraska National Forest and the sandhill crane migration in the spring.

Have you ever wondered how much water is above your head as you walk through the tunnel of the Walter Scott Aquarium, or how we feed the multiple species of sharks and rays who call the aquarium home?  Join us for a virtual behind-the-scenes experience to explore the aquarium from the other side of the glass.  Participants will hear from aquarium staff, who will dive into topics of animal care and ocean conservation.
Take a virtual behind-the-scenes tour of the largest family herd room in North America to meet our African elephants. Learn what it takes to transport a 7,000-pound elephant from one place to another, and hear from our animal care staff about how we train and enrich the lives of our elephants. 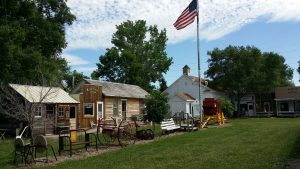 ALLIANCE – Hitch up your wagon, load up your family and come out west to experience a moment in time at Dobby’s Frontier Town.  See hands-on what life was like in a small frontier town nestled in the gently rolling grasslands of the Nebraska Sandhills. There is a cobblers shop, jail, blacksmith shop, saloon, bank and gunsmith. Dobby’s Frontier Town began as one man’s quest to save a vanishing piece of history before it was lost.  Kenneth Dobby Lee’s personal journey helped save nineteen buildings from a bygone era and allowed several generations of his family to grow up to appreciate the rich history of Western Nebraska.

OMAHA – Walk across a swinging rope bridge suspended over a tropical rainforest at Omaha’s Henry Doorly Zoo and Aquarium. Hop aboard historic train cars at The Durham Museum. Climb in, on, and through everything imaginable at the Omaha Children’s Museum. Step into the pioneer life at the Mormon Trail Center. Explore more than 100 acres of botanical beauty at Lauritzen Gardens and marvel at exquisite works …

The Wildwoods Jan. 28/LINCOLN – An enchanting Folk/Americana trio based locally will be performing at Kinkaider Brewing Company from 7-10 p.m. Comprised of husband and wife team Noah (guitar) and Chloe Gose (violin), as well as Andrew Vaggalis (bass).  The folk/Americana trio work to harmoniously and delicately blend their voices to create a sound so nostalgic that you may find yourself dreaming and …