Ten Reasons for a Hamilton Getaway

The more than 160 islands that make up Bermuda rest atop an extinct volcanic seamount located in the North Atlantic. 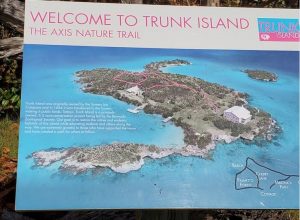 Geographically, the island is an archipelago surrounded by coral with a limestone core. Although lacking lakes and rivers, the island’s beauty can be experienced through its ecology and biodiversity, most notably the pink sand beaches and incredibly blue waters.

Juan de Bermudez became the first documented Spanish explorer of Bermuda. He arrived in 1505 and historians believe that there were no indigenous people on the island when Bermudez arrived. IN 1609 the people aboard the British vessel the Sea Venture settled there after a shipwreck. Many moved on but three survivors remained on the island and it was deemed British territory in 1609. In 1612 colonists arriving on the Plough settled the Town of St. George’s, now the oldest continually inhabited English town in the Americas.

Bermuda is a salad of ethnic groups, each individual culture blending to create a distinctive flavor profile and yet managing to maintain its uniqueness. The country is more than 50% Afro-Bermudian with the remainder of the population made up of historically represented groups.

The customs, traditions, history and lore of all of the Bermudians are showcased through creative expressions of art, architecture, specialty foods and other artistic endeavors. Visitors can follow the island’s history using artistic expressions as guides and cultural touch points. 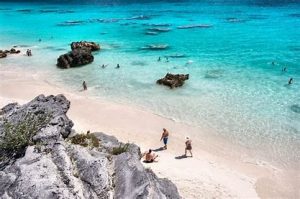 Because of its central location, Hamilton, the largest city, became territorial capital in 1815. It is located in Pembroke Parish, one of nine parishes, and houses two architecturally significant government buildings, the Cabinet Building and the Sessions House.   The stunning 1894 Anglican Cathedral of the Most Holy Trinity was founded in 1869 in an Early English Style. It fell victim to an arsonist in 1885 and was rebuilt as a limestone Gothic Revival edifice. Highlights of the interior are the carved choir stalls and the stained glass Angel Window by artist Vivienne Gilmore Gardner. Tours are available and a magnificent view of the city can be seen from the tower for a fee. 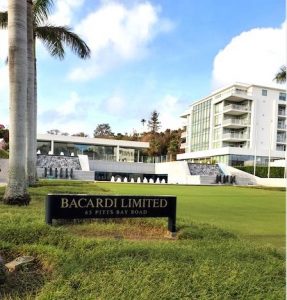 No architectural walk through Hamilton is complete without visiting BACARDÍ® Limited’s headquarters. The current building, an office without walls, was inaugurated in 1972 and reflects the history of the company and showcases the brand. Architect Ludwig Mies van der Rohe’s designed the roof to appear to float over the building while suspended atop 20-ft. glass walls. Around the main atrium on the second level are a series of glass-walled offices. The ceiling in the center of the atrium is designed to replicate the sky as it appeared on February 4, 1862. In 1965 the company moved its headquarters to Bermuda where it is currently the largest privately held spirits company on the globe.

In 2001 Bermuda was one of the first countries to create an African Diaspora Heritage Trail as part of the UNESCO Slave Route Project. The trail features the history of the island’s people of African descent and their impact on the larger culture. Hamilton has four listed monuments. The VIVID Public art program dovetails with the Heritage Trail and visually enhances the city’s history. 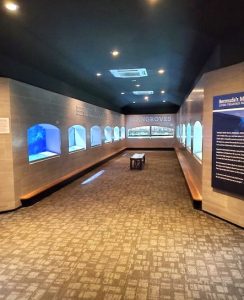 Bermuda Aquarium Museum & Zoo was founded in Waterfront Flatts Village in 1926. The aquarium, one of the first in the world, showcases the island’s marine life. The zoo features wildlife representative of the world’s other island regions. The Natural History Museum interprets the island’s volcanic beginnings, development through the ages and the current geographical landscape. Island tours are offered to Trunk Island, a privately owned island in Harrington Sound. 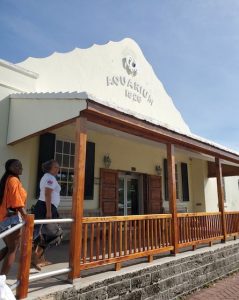 Bermudians are culinary and spirits artists and every island guest should try the local specialties beginning with the famous Dark ‘n Stormy drink. The Rum Swizzle, the national drink, is best enjoyed at the Swizzle Inn. This comfortable early 1900s bar invites you to leave a bit of yourself there by writing your name on the walls.

Café Olé works wonders with the local fish sandwich. The fresh fried fish should be on raisin bread and dressed with tarter and hot sauce, coleslaw, lettuce, tomato and cheese.  Bouchee’s serves a wonderful codfish and potato breakfast and the equally traditional fish chowder with black rum and sherry peppers. 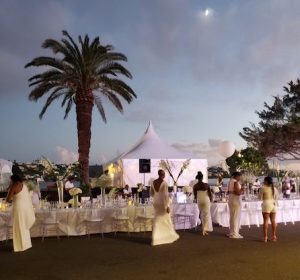 Taste of Bermuda is a signature island food event that reflects the island’s history, culture and artistic sensibilities through local cuisine. Hamilton’s festivals and events are a wonderful way to become a participant in the culture. 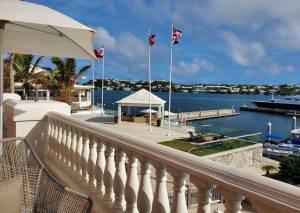 Ten Reasons for a Hamilton Getaway