BURLINGTON – For toddlers, it’s a teachable moment: Count the curves (there are seven). For everyone in the car, it’s hairpin turns as your car slowly makes it way down Snake Alley. Ripley’s Believe it or Not deems Burlington’s street from Columbia to Washington unbelievably crooked, actually, the crookedest street in the World. The alley is composed of limestone and blueclay bricks. The constantly changing slant from one curve to the next necessitated a complicated construction technique to keep the high grade to the outside.  Houses lining the original, 1894 brick street are even older.

Touch The Sting Rays In Dubuque

A new permanent exhibit at the National Mississippi River Museum & Aquarium is the Mississippi River Delta Sting Ray Touch Tank. Cownose rays live in tropical and temperate seas feeding on mollusks, shrimp, and small fish. Other temporary exhibits include stepping into the storybook world of boxelder bug Belva as her grandfather teaches her the wonders of being an insect. The exhibit uses a children’s story format and an interactive garden setting to guide visitors through Belva’s world. See through April 21, 2019. > MORE.

Go Bowling At The Hotel Pattee The historic Hotel Pattee in Perry has installed state-of-the-art bowling equipment in its on-site bowling alley, adding another reason to book a stay at the beautiful hotel. Named after Perry Iowa’s most famous bowler, the Arthur “Oley” Olson bowling alley is situated on the lower level and features two full-functioning lanes with automated scoring. Rebuilt to replicate the original alley when the hotel was first built, it is the perfect place for you and your party to relax and unwind. Guests can reserve the lanes for a nominal fee of $12.50 per person per hour, which does include shoe and ball rental.

Sail On The Riverboat Twilight Sail the Mississippi to celebrate this Le Claire riverboat’s 30th anniversary. In addition to the one- and two-day cruises, the Riverboat Twilight now offers 1.5 hour cruises on some days. Cruises are held from the end of May through October.

Tour The Field Of Dreams House Guided tours of the first floor of the house near Dyersville that was a backdrop in the classic movie Field of Dreams are offered daily (must reserve in advance). Visit on a Ghost Player Sunday to watch actors dressed in old-school uniforms play a game.

The brewery boom in Iowa continues in 2017 when several new and expanded breweries open across the state. Spots to watch: Peace Tree Brewing has expanded to Des Moines (now open), 7 Hills Brewing will open in the spring in Dubuque and Marto Brewing comes to Sioux City this summer (Paste Magazine named it a brewery to watch).

Learn About A Jazz Legend At The Bix Museum The Bix Museum is on the lower floor of the River Music Experience in downtown Davenport. After nearly a century, the music of legendary cornetist, pianist and composer Bix Beiderbecke still draws awestruck admiration from fans around the world. Treasured recordings keep alive his unique tone, melodic style, lyrical phrasing and heart-stopping improvisations.Open 10-5 weekdays and 10-2 Saturday. Admission is FREE. >MORE Shop At The Outlets Of Des Moines Just in time for holiday shopping, visit the 300,000-square-foot outlet center which features some of the best brand names in retail. The facility is located in Altoona near the intersections of Interstate 80 and Highway 65 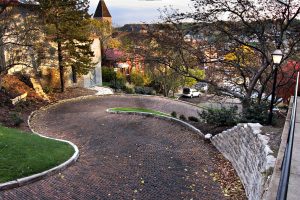 Ripley's Believe It or Not! announces the first "Odd Spot" of Snake Alley in commemorating… 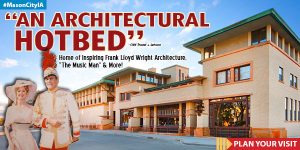 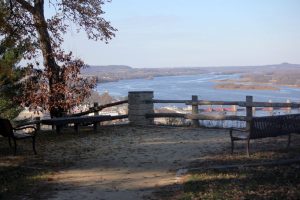 Feeling adventurous this winter? Take your favorite person on a romantic Iowa getaway… 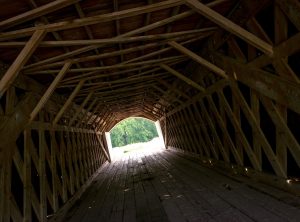 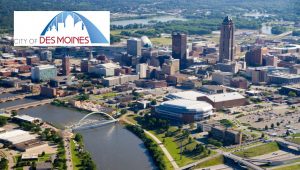